skip to main | skip to sidebar

I am Lauren, fartiste enthusiast 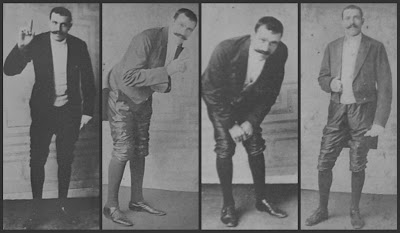 Allow me to introduce you to Joseph Pujol, French entertainer extraordinaire. His unique talents have gone unrivaled. His abilities, unmatched. A truly gifted man, to say the least. Now, I'm sure you must be curious... How did this man become the Moulin Rouge's highest paid entertainer of all time? What could he possibly do that set him apart? That made him so special? 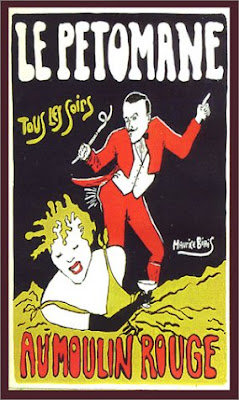 Though Pujol was known by a variety of colorful names ("flatulist," "fartuer," "fartiste") he is most famously known by his Moulin Rouge stage name, Le Pétomane, which translates to something similar to "fart maniac." Believe it or not, Monsieur Pujol was not the first professional flatulist... this profession dates back to medeival times. Who knew!! But like I said, his talents are unmatched. What Le Pétomane could do with that bottom of his was unlike anything anybody had ever experienced. He was an artiste... a fartiste...

However, perhaps it's worth noting...
"It is a common misconception to state that Joseph Pujol actually farted as part of his stage performance. Farting implies the release through the anus of intestinal gases. Pujol was "gifted" in the sense that he was able to inhale air into his rectum and then control the release of that air using his sphincter muscles." (Wikipedia)

He discovered this "gift" at a very young age one day while swimming at sea. Apparently he put his head under the water and held his breath, whereupon he felt an icy cold penetrating his rear. He ran ashore in fright and was amazed to see water pouring from his anus. And of course, the rest is history.

This man's monologue says it all.... definitely worth your time!


His repertoire, including impersonations, melodies, instrument playing, candle blowing, cigarette smoking, and more, was understandably an absolute sensation! It's been said that high profile people, among the likes of Edward, Prince of Whales, King Leopold II of the Belgians and even Sigmund Freud were at times spotted in Le Pétomane's audience.

Since his passing in 1945, Monsieur Pujol's story has been recounted in an assortment of forms. Movies, short films, mockumentaries, musicals, books etc. I've tried without avail to find clips of the musical... because you all know what a kick I get out of comedic musicals. Oh well... I'd be just as happy if I could own my very own copy of this book... 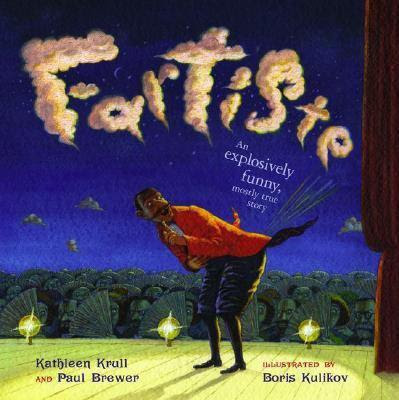